The laptop comes with an unusual combination of an AMD Ryzen 7 3750H CPU and an Nvidia Geforce GTX 1660Ti Max-Q GPU and offers no choice in terms of CPU and GPU options. 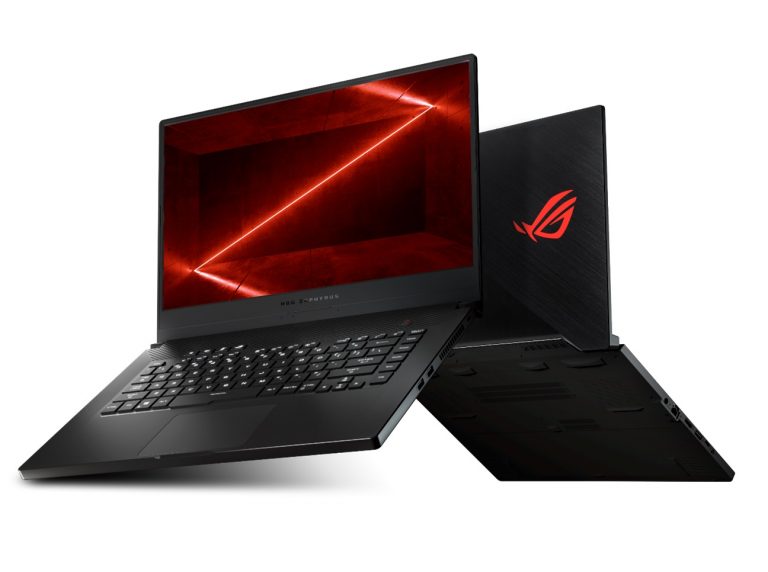 Design wise, the laptop feels sleek and does not feature any gamery aesthetics. One could easily mistake this laptop to be a business laptop until they saw the ROG logo on the back. The laptop features no RGB lighting whatsoever, even the keyboard has only white-backlighting.

The laptop has a sturdy build. The lid is made of brushed aluminium and shows very little flex and the keyboard deck feels very rigid too and does not flex unless pressed hard. The hinges feel sturdy but they only open up to a maximum of 130 degrees and are quite small.

As expected of a Zephyrus laptop, it has a narrow profile and weighs substantially less than other gaming laptops which makes it much more portable.

The display has narrow bezels on three sides but the chin bezel is quite substantial. This is to be expected at this price range though. The laptop, like many other ROG laptops, does not feature a webcam, though it does at least feature a built-in microphone.

The Zephyrus G GA502 comes with the usual selection of ports that one expects from a gaming laptop at this price range. On the left, there is the AC power jack, Gigabit RJ-45, HDMI 2.0b, USB 3.1 Gen. 1 Type-A, USB 3.1 Gen. 2 Type-C with DisplayPort 1.4 and a 3.5 mm combo audio jack. On the right, there are 2x USB 3.1 Gen 1 Type A ports and the Kensington lock slot. One problem that pops up here is that the ports are located very close up the front of the laptop rather than at the back. This may cause hindrances for left-handed users and eat up valuable desk space when all the accessories are plugged in.

There is no Thunderbolt 3 or SD Card Reader on the laptop.

For wireless, there is a 1×1 Realtek 8821CE WLAN module with integrated Bluetooth 5.0. As it is not a 2×2 card, speeds are not as good as Intel’s offerings. This won’t be noticeable for casual users though as the internet connection speeds would be the bigger bottleneck.

The Zephyrus G line lacks the fancy ergolift hinge found in the S line. This makes removing the bottom panel much easier and it can be done with an ordinary set of screwdrivers. Upon removing the bottom panel, we get access to the 2x M.2 drive bays, 1x SODIMM slots and the WLAN module. This unit comes with 16 GB of DDR4 RAM, out of which 8GB is soldered onto the mainboard and the other is in the form of a SODIMM stick.

Keyboard – The keyboard on the Zephyrus G GA502 has a similar layout to other ROG laptop keyboards and does not feature a numpad. It comes with dedicated buttons for toggling between different fan speeds, for accessing the Armoury Crate software and for volume and mic control. Due to the thinner profile of the laptop, keytravel and tactility is a tad lower on this laptop as compared to other 15 inch gaming laptops. Overall, it is a decent keyboard and typing long documents on it won’t be a problem.

Touchpad – The touchpad on this laptop is a medium-sized one, larger than most other gaming laptops. The touchpad feels smooth and is of a clickpad design, lacking dedicated mouse buttons. One issue here is that the trackpad tends to attract a lot of grease and smudges and one has to constantly keep wiping it.

The laptop comes with a 1080p 120Hz IPS display. The high refresh rate is to be expected since most gaming laptops at this range come with high refresh rate displays. The display only covers 60% of the sRGB colour space. This means that the laptop is ill-suited for colour-sensitive work like photo and video editing.

The display has a peak brightness of just under 250 nits, meaning it is quite dull. This makes using it outdoors under direct sunlight quite difficult.

The display does have narrow bezels which make viewing content on the laptop an immersive experience.

The laptop comes with only one configuration. It has a Ryzen 7 3750H CPU and a Nvidia Geforce GTX 1660Ti Max-Q GPU. Keep in mind that the GPU is of the Max-Q variant, which means that it is slightly less powerful than the regular 1660Ti but is more power efficient. This choice reduces the heat generated by the components and helps cool it even with the thin chassis of this laptop.

The Ryzen 7 3750H is, at the time of writing, AMD’s highest end CPU offering but still it lags behind Intel’s comparable i5 9300H CPU in most tasks, gaming included. This is more noticeable on lower settings where games become more CPU intensive.

The laptop scores 4149 in the single-core and 13654 in the multi-core Geekbench V4 benchmarks.

The Nvidia Geforce GTX 1660Ti Max-Q is enough for 1080p gaming at 60FPS with high settings on almost all games. The 120Hz is best utilized by less demanding e-sports titles which can reach 120+ FPS on the high preset. The GPU is about 10-15% less powerful than the regular variant but is still much more powerful than the GTX 1650.

Heat dissipation is adequate for this laptop though it can get a bit hot in some areas considering the fact that it has a thinner chassis than most other gaming laptops.

This particular configuration has a 512 GB NVMe Intel SSD. The laptop does not have a 2.5 inch drive bay. There is an extra M.2 slot which can be used to expand the storage with another SSD. Read/write speeds are upto NVMe standards and load times for games are very fast.

The speakers on this laptop offer decent sound quality but have shallow bass reproduction. One issue with the speakers is that the reverb is quite high and it is possible to fill it with our hands on the keyboard and trackpad even at moderate volume levels. Otherwise it is loud enough on maximum volume. It is still recommended to use headphones while gaming though, as the fan noise can drown out some of the audio.

The laptop comes with a massive 76 Wh battery which is larger than even the ones found in more expensive Zephyrus laptops. The large battery ensures upto 8 hours of light usage which is excellent for a gaming laptop. The laptop does not support fast-charging and a full charge takes about 2.5 hours. 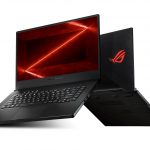