Xiaomi makes its place in the indian laptop market with the launch of Mi Notebook 14 and Mi Notebook 14 Horizon.It features premium level build and powerful specs at a very aggressive pricing.These are completely new range of laptops specifically for indian market unlike the ones which are already in sale in mainland china. Mi notebook 14 horizon is the high end laptop with great specs and value for money.

Xiaomi Mi notebook 14 Horizon is an 14 inch ultrabook with Intel’s latest 10th gen Comet Lake U series processors. The laptop offers a mediocre level of gaming as it comes  with Nvidia’s MX 350 graphics. 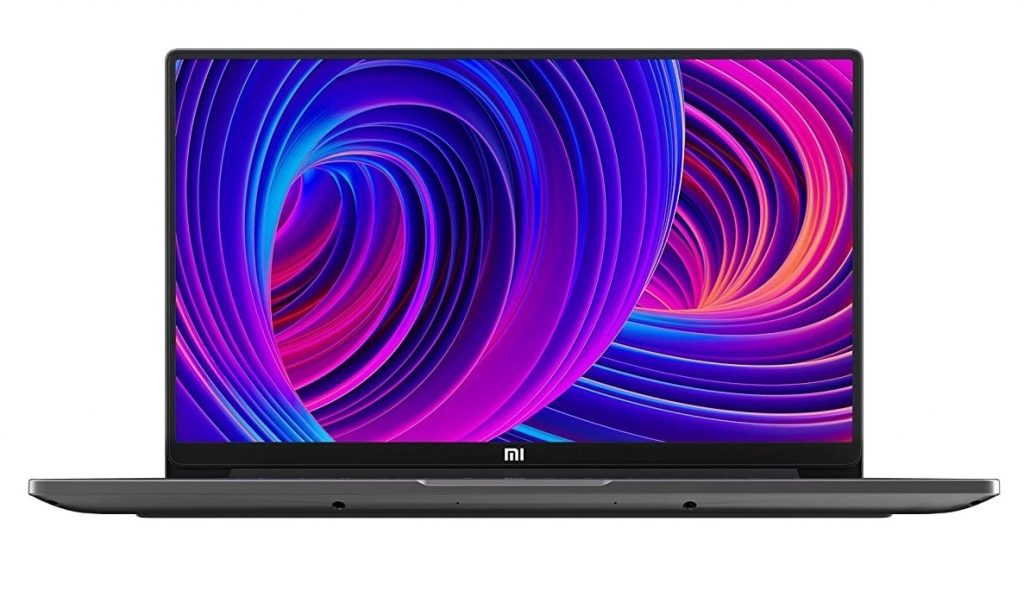 The Xiaomi Mi Notebook 14 Horizon comes with a magnesium and alloy build with and with anodised finish.  This lends it a premium feel unlike anything available at this price range. The bezels are kept narrow at 3mm which results in a 91% screen-to-body ratio which is extremely competitive. The laptop weighs in at only 1.35 kgs with a thickness of only 17.15 mm, making it an ultraportable ideal for people who want their machines to be thin-and-light. The hinges feel sturdy and the lid can be opened with one-hand, signifying an even weight distribution with quality hinge construction. Overall, the laptop is well built and does not feel like a budget device at all. The laptop does not come with an in-build webcam but comes with a bundled Mi external webcam.

The laptop features a respectable number of ports for an ultralight machine.To the left there is a single USB 2.0 Type-A port and a combo audio jack. To the right there are 2x Type-A USB 3.1 Gen 1 ports, USB Type-C  3.1 Gen 1  port, HDMI jack and the DC power jack. Even though it has a USB Type-C port the laptop cannot be charged with it.The laptop supports fast-charging via the DC power jack.

On removing the bottom panel, one gets access to the NVMe SSD along with the Wi-Fi card. The memory modules are soldered onto the motherboard and are thus non-upgradable. The laptop features 8GB of DDR4-2666 MHz memory. The Wi-Fi module and NVMe SSD is user-upgradable and can be swapped out for a new one. Where as the RAM is soldered and cannot be upgraded.

Keyboard – The keyboard on the Mi Notebook 14 Horizon features 1.3 mm of travel with a scissor-switch mechanism. Typing on the keyboards feels decent with well spaced keys and ample amount of travel along with some tactile feedback. The keyboard does not come with backlighting and this can be a deal breaker for few people.

Touchpad – The plastic touchpad has a ‘clickpad’-style layout and does not feature dedicated buttons. It is decently sized for a budget device. The touchpad does not support Windows Precision drivers and makes weird noises while clicking down. Overall, the touchpad is decent at best but could have been much better.

The Xiaomi Mi Notebook 14 Horizon comes with a 14 inch 1080p Anti-Glare IPS display. The display has a wide viewing angle upto 178 degrees and the colors are punchier as compared to TN panels. The colour accuracy is good enough.The display only covers 45% of the NTSC colour space. This indicates that the laptop would not be the best for colour-sensitive work.

The laptop comes with two variants offering Intel’s 10th Gen i5-10210U and 10th Gen i10-10510U Comet Lake processor. Intel is still using the 14nm process which it has been using for over 5 years now. The performance is decent and allows the user to carry out most takes expected of an ultrabook. However, with the advent of AMD’s Ryzen 4000 U series processors, it would have been nice to see them on this device as they outperform Intel’s processors in almost every scenario. The laptop comes with optional discrete Nvidia MX 350 graphics with 2 GB of GDDR5 VRAM. This allows the laptop to run some light esports titles at 60+ FPS at 1080p with mediocre settings. Heavy gaming is not something to be expected of an ultrabook and a gaming laptop may be a better choice for those who want to do so.

The laptop comes with a single 2530mm² fan with intake vents on the bottom and the exhaust being under the display. The fan does not get too loud with a max of 37 dB which makes for a quiet laptop though it may get hot when running heavy applications and games.

As the laptop comes with a soldered 8GB Ram it becomes a barrier for heavy work such as editing big files which might result in heating the laptop a bit even though it has a powerful processor.

And another one with 512 of SATA 3 SSD with the speed of 600MB/s which isn’t as fast as NVMe, still it’s good that the company offers this option.

The Mi Notebook 14 comes with dual 2 W bottom firing speakers which provide for a sub-par experience. This is to be expected with most laptops at this price point though. The speakers don’t get exceptionally loud and one needs to resort to using external speakers or headphones for media consumption.

The Mi Notebook 14 has a smaller 46Wh battery. The laptop supports fast charging with the bundled 65W charger. The battery lasts upto 6 hours on light tasks with medium brightness, which can be further extended using Windows Battery Saver.It is advised to plug in the charger while gaming as it drains the battery a lot faster. 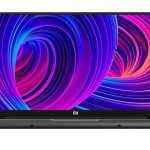