This year, there is the option for choosing either AMD’s Ryzen 4000 series or Intel’s 10th gen H series CPUs. The model reviewed here has the Ryzen 5 4600H CPU with Nvidia GTX 1660 Ti graphics. 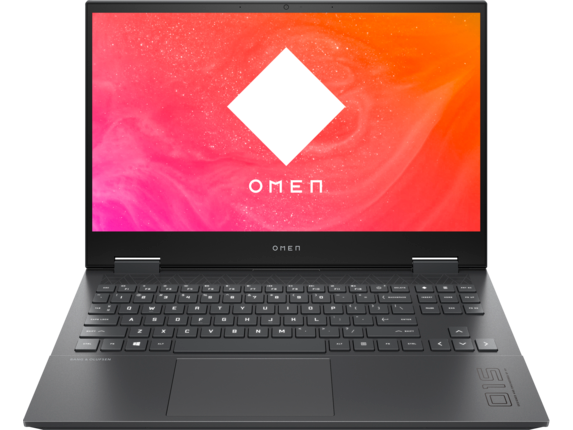 Compared to last year’s model, the new model is almost unrecognizable. Gone is the gamery design with the overly tacky lid. The design is now minimal with an iridescent Omen logo on an otherwise plain lid. On the inside too, the keyboard deck looks much cleaner with widely spaced keys, at the cost of a numpad. This model only has white backlighting but higher end SKUs feature customizable per-key RGB lighting. Overall, the aesthetics are much better now and the machine looks well made.

The hinge is also considerably improved compared to last year’s one which was prone to torsion when opened from the side. The lower end SKUs, including this one, have a plastic build but the higher end Intel models have all metal builds.

The Omen 15 has a fairly standard I/O layout. On the left there is the DC power jack, RJ 45 ethernet, USB 3.1 Type A, HDMI 2.0a, combo audio and a SD card reader. On the right there is 2x USB 3.1 Type A, Mini Display-port and a USB Type-C port. No Thunderbolt 3 though, since it is not yet available for AMD based systems.

The Omen 15 comes with an Intel AX201 wireless module. It supports the latest WiFi 6 and Bluetooth 5 standards.

Keyboard – The keyboard on the HP Omen is one of the many areas which has been revamped from last year’s iteration. Gone is the numpad, resulting in widely spaced keys and full size arrow keys. The SKU in review has white backlighting while higher SKUs come with four-zone RGB backlighting. The keys feel tactile and have a decent amount of travel to them.

The display is the biggest weakness of the Omen 15, at least for this particular SKU. The 15.6″ 1080p IPS panel has a refresh rate of only 60 Hz, which does not do justice to the Nvidia GTX 1660Ti which can easily push more than 60 frames in most games. This difference will be the most noticeable in competitive games where the difference in response times can be the deciding point. The colour accuracy also, leaves a lot to be desired. The display only covers 45% of the NTSC colour space. This means that the laptop is ill-suited for colour-sensitive work like photo and video editing. Peak brightness is also a measly 250 nits. While this would have been okay for an entry-level gaming laptop, but for a mid-ranger this is unacceptable. There is a webcam on top of the display which is mediocre but does the job.

The Ryzen 5 4600H is a 6-core/12-thread processor. Ryzen 4000 is a gamechanger for AMD. Earlier offerings were usually cheaper but were not as powerful as Intel’s counterparts. The Ryzen 5 4600H is priced competitively to the Intel’s i5 lineup but performs on-par with, if not better than, Intel’s i7 lineup in multithreaded applications. It absolutely obliterates the i5 9300H and even the 10300H which is usually priced higher. In single core applications, performance is comparable to i5 which means that in games, it will perform similarly. The high multithreaded performance makes the laptop a viable option for professionals utilising CPU heavy tasks like video editing, compiling and encoding.

The GPU is a Nvidia Geforce GTX 1660 Ti with 6 GB of GDDR6 VRAM. This is considered to be the base minimum for a future proof gaming laptop, especially with games like Horizon Zero Dawn which has been shown to use more than 4GB of VRAM at 1080p. The graphics are powerful enough to run most games at 60+ FPS at high settings at 1080p.

The heat dissipation has been immensely improved. Since the Omen 15 can be configured with up to a RTX 2070 Max-Q on the Intel side, there is lots of thermal headroom. There is also the addition of a IR thermopile sensor which helps thermal management.

This particular configuration has a 512 GB NVMe Intel SSD with good read/write speeds. The laptop forgoes a 2.5 inch drive bay in favour of a larger battery and for keeping the overall build a bit thinner. There are 2 M.2 slots to upgrade the storage with another NVMe SSD.

The speakers on the Omen 15 come with Bang&Olufsen branding but are honestly, mediocre. The audio is not loud enough for listening to music and watching movies. The speakers are bottom firing which can make them sound a bit muffled depending on the surface the laptop is resting on. It is recommended to use headphones for gaming.

The Omen 15 has a 70.9 Whr battery which is good for a gaming laptop. The battery can last up to 7 hours on light tasks with Windows Battery Saver on. Gaming on the battery is still not recommended since the laptop will start power limit throttling and performance won’t be the best. 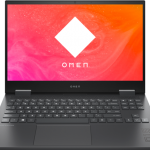