Lenovo’s Legion Y540 is the direct successor to its immensely popular Y530 laptop. This laptop is one of the three entry level variants in Lenovo’s gaming line Legion’s entry level lineup along with the Y7000 and the Y545. All three of these models are mostly similar to each other with the Y7000 and the Y540 being the most indistinguishable amongst these. They start at around 56000 rupees for the Y7000 variant which comes with a Nvidia Geforce GTX 1050 GPU while the entry level Y540 model comes in at around 63000 with a Nvidia Geforce GTX 1650 GPU. Different configurations of the Y540 are also present with options including an i7 processor, 144Hz refresh rate displays and GTX1660Ti or RTX2060 GPUs. In this review, we’ll be covering the entry level variant with an i5 processor and a GTX 1650 GPU. 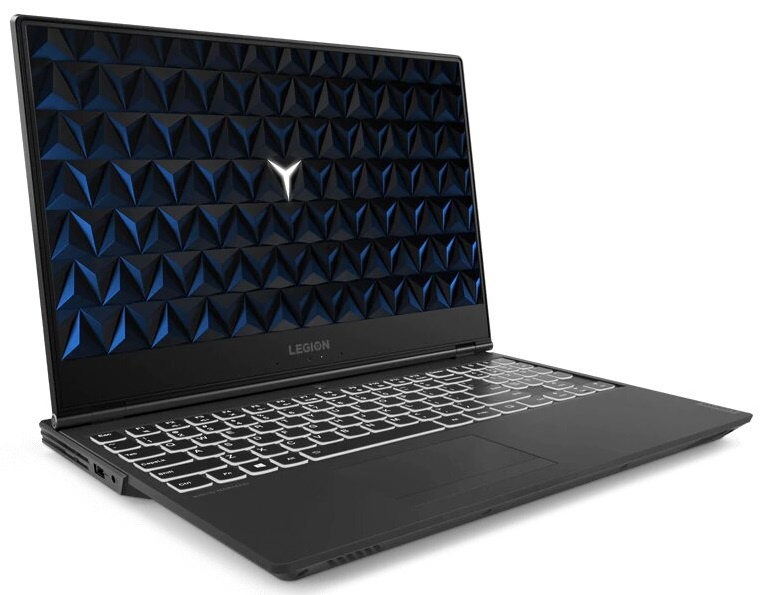 Right off the bat, the Y540 looks remarkably similar to last year’s Y530. The laptop is all black and lacks any gamery-red accents or lighting strips. The only lighting you’ll find on this laptop is the Y inside the LEGION lettering on the lid of the laptop, which glows white when the laptop is turned on. The lid is covered in a concentric spiral pattern, which starts around the ‘O’ in the LEGION lettering. The laptop has an all plastic build which may seem cheap to some people, it certainly doesn’t feel so. The build feels sturdy, albeit not as much as one with an all-metal build, and there is not much screen or keyboard flex. The hingle feels sturdy and can be opened up to a full 180 degrees.

The laptop weighs in at 2.20kg and along with the 170W charger, rises to just under 3 kgs. This is to be expected of a gaming laptop with bigger heat sinks and cooling fans.

The Legion comes with a very unique I/O layout. The left and right contain only a USB 3.1 Gen1 Type A port each and a combined audio jack on the left side. The rest of the ports are to the back of the laptop which include USB 3.1 Gen1 Type-C, Mini DisplayPort,  USB 3.1 Gen1 Type-A, HDMI, Gigabit Ethernet, power connector and a Kensington lock slot. The standout feature here is the Mini DisplayPort which is usually seen in higher end gaming laptops. The top of the laptop has small icons over the ports at the back which allows the user to locate the ports without looking at them directly.

This setup of having almost all of the ports at the back help in cable management while the laptop is docked and connected to an external display, making the whole setup look and feel a lot cleaner with all the wires out of the way and to the back.

The laptop, like many other gaming laptops these days, does not come with an SD card reader.

For wireless communication, the laptop comes with Bluetooth 5.0 and a 2×2 Intel Wireless AC 9560 card which provides very good speeds.

Keyboard – The Lenovo Legion Y540’s keyboard has large keys with good travel and soft feedback. The keys don’t feel mushy, however, they are not as tactile as those found on Lenovo’s ThinkPad lineup. Typing on the keyboard is an enjoyable experience and one can get used to the layout very fast. It comes with a numpad and full size arrow keys, which is a bit rare for a 15.6 inch laptop these days. The keyboard has white backlighting with two levels of brightness which illuminated the key borders and the symbols quite well.

This particular configuration of the Legion Y540 comes with a Full HD 1920×1080 resolution IPS display with a peak brightness of 250 nits. It has an Anti-glare coating and provides wide viewing angles. Higher end configurations of this laptop come with 300 nits displays with 144Hz refresh rates. The colours on the screen are a touch to the warm side.

Due to the relatively low peak brightness, using the laptop outdoors can be a challenge when placed under direct sunlight.

Thanks to the GTX 1650 graphics, this laptop can handle most modern games with medium settings at 40-60 FPS at the worst. In relatively older titles, ultra settings with 60 FPS is possible.

The CPU scores a respectable 4605 in the single core and 14975 in the multi core Geekbench v4 benchmarks.

The laptop comes with adequate cooling and separate heat pipes for the CPU and the GPU, resulting in efficient heat dissipation. The fans, however, can get a bit too loud when under load.

A strikeout feature of this laptop is its ability to turn off the Intel UHD 620 graphics entirely through Lenovo’s built in Vantage software. This setting enhances its gaming performance in a few games and is enabled by default. One can turn on hybrid mode in order to enhance battery life and turn it off when they want better performance. Switching between the two modes requires a restart.

This particular configuration has a 512 GB NVMe Western Digital SSD. The laptop has an empty 2.5 inch drive bay which can be used to expand the storage. Other configurations include a 1TB/128GB hybrid configuration and a 1TB SSD configuration. Read/write speeds are upto NVMe standards and load times for games are very fast.

The Legion Y540 comes with stereo bottom firing speakers with a “audio by HARMAN” branding. The speakers are good enough for a gaming laptop but the audio can feel a bit muddy at times. The bass is not the strong which is to be expected from such tiny speakers. It is still recommended to use a headset while gaming because the fans can overpower the audio from the speakers.

The laptop comes with a 3 cell 52.5 Wh battery which is large enough for a gaming laptop in this price range. Battery life with and without the hybrid GPU configuration can vary by upto 2 hours which is a lot. It is therefore recommended to turn on hybrid mode when using the laptop on battery for less intensive tasks as it uses the less powerful but more power efficient Intel Integrated graphics. 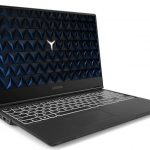