Under volting a laptop is a process where we limit the power to the processor in order to get higher clock speeds for a long period of time. This process is super risk free and can be done by anybody and we highly recommend to under volt your laptop to get the best out of it.

Usually the CPUs are given a bit more voltage than they actually need to run so that they can hit there extreme high clock speeds for just some second which helps the company to market the high clock speeds but the issue here is that the higher voltage will raise the temperature very rapidly which will immediately make the laptop to thermal throttle (thermal throttle is when the laptop reduces the CPU frequency to control the temperature), this will subsequently drop the clock speed to very low which decreases the performance by a great deal.

What undervolting does is it limits the voltage given to the CPU which helps the CPU maintain higher clock speeds for a long period of time as the CPU doesn’t get hot too quickly. This will improve the thermals, the fans will come on less which will make your device quieter, increase battery and improve performance by a great deal especially this will shorten the render times by a huge margin.

*This process will work for all Intel based laptops. (The Dell XPS 15 9570 is used as an example in this tutorial)

This is how the software will look when you open it 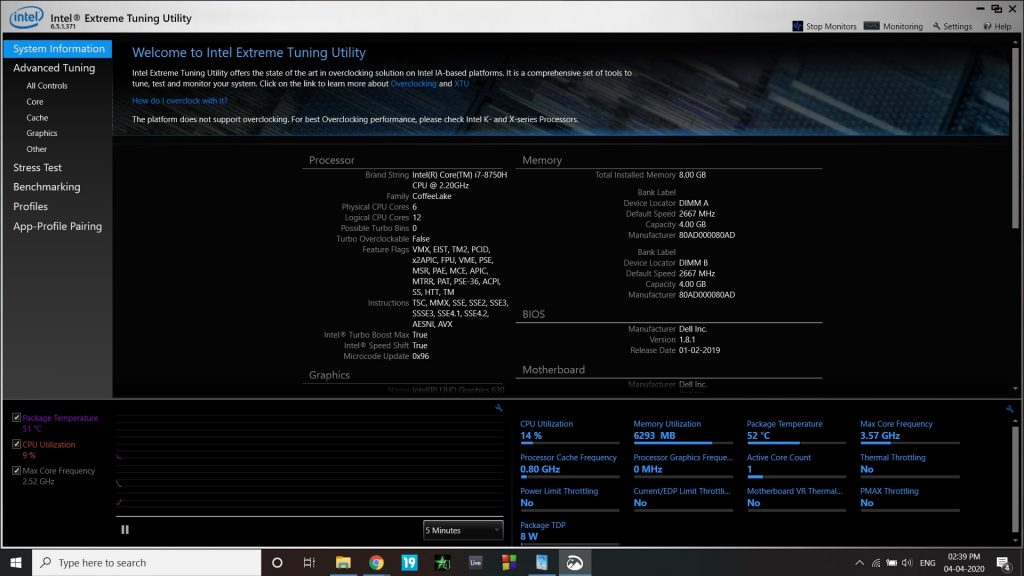 Change the graph span to 30 minutes 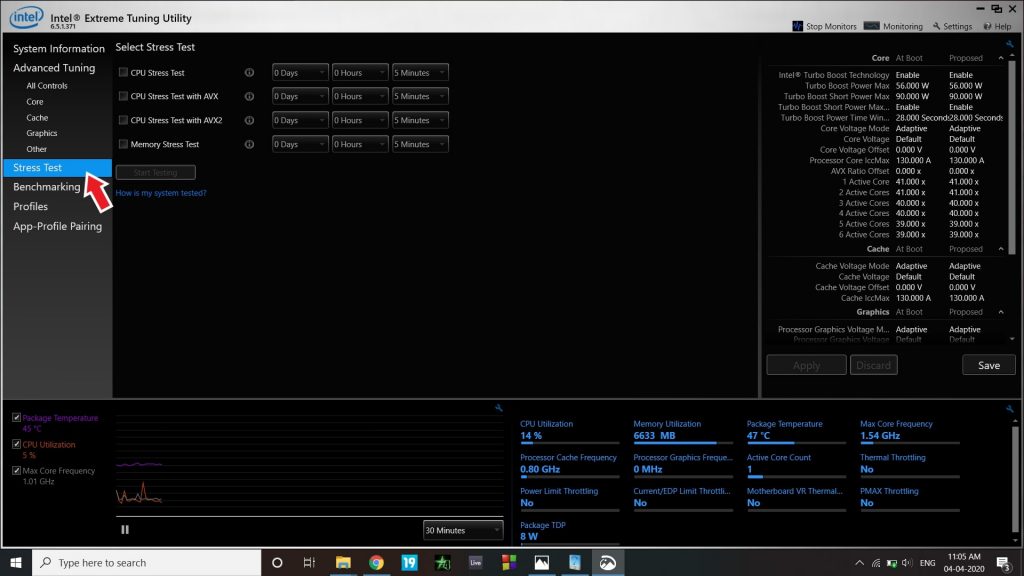 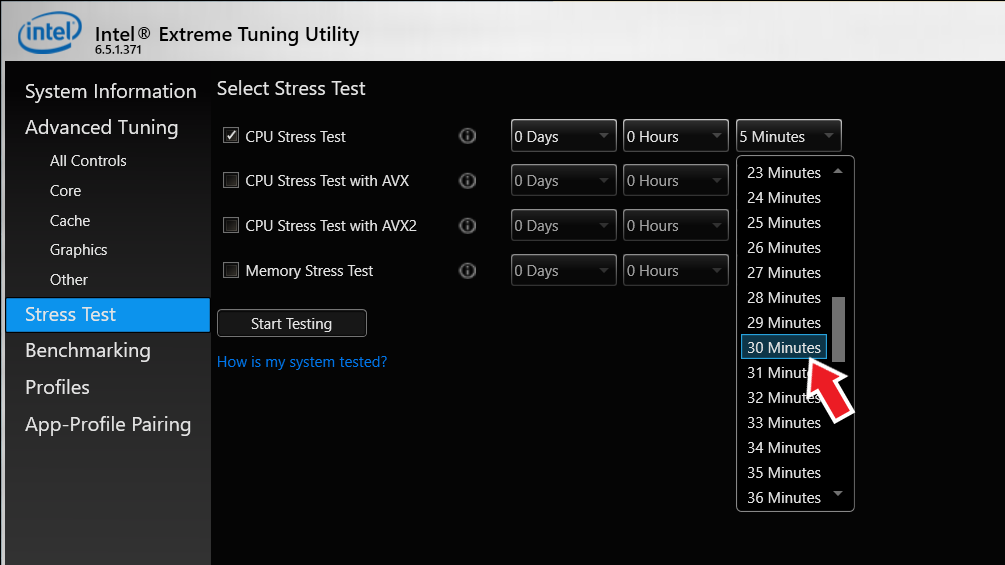 After the test the graph will look something like this, note the
temperature inconsistency in the graph and the clock speeds are fluctuating at very high rate.

Go to the advance tuning and select all controls, then bring the "core voltage offset" to - 0.050 V and click apply. ​ 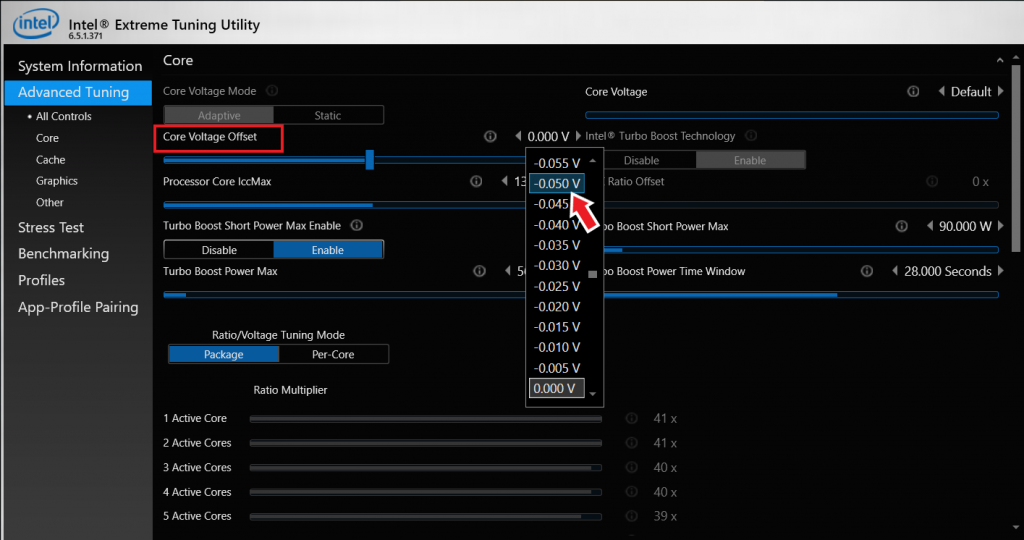 Run the stress test for 30 minutes again like in step 1.​

After the test the graph will look similar to the first one with little improvements like the temperatures might be a little better.

Keep decreasing and stress testing until the system turns off or blue screen appears.

When that happens just restart the computer and set the core offset voltage to the previous value where the stress test finished successfully, this is the limit for your CPU.

You have successfully under-volted your device.

In the case of XPS 15 the system turned off at - 0.150 V so we set the offset voltage to -0.140 V and here is the comparison of the performance before and after the under volt which is truely impressive. 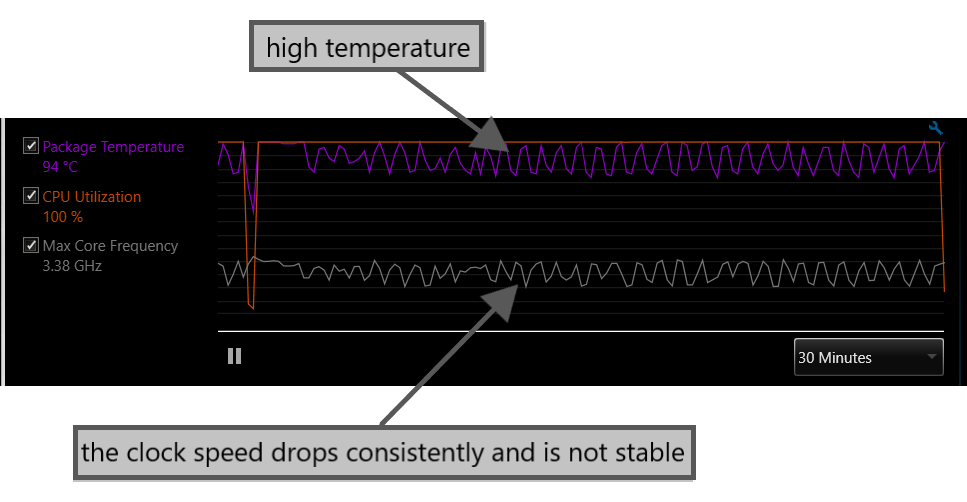 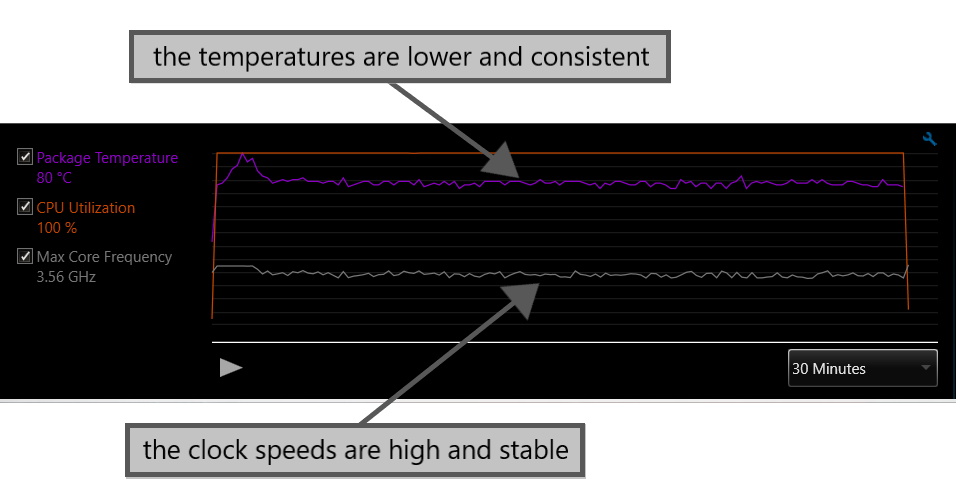 As you can see the performance of the laptop has significantly improved with better thermals and higher sustained CPU frequencies.