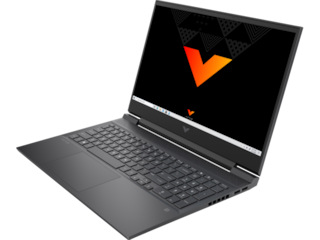 HP Victus is one of the most anticipated gaming laptops of 2021. Available in both Intel and AMD coupled with the latest RTX series GPUs, it’s already a hit among many.

The design of the HP Victus series of laptops will remind you HPs Omen series laptops although there’s a significant difference between them. An all-plastic built body with a matte finish on top along with the Victus logo looks more mature and doesn’t give off gaming vibes at all. It’s probably one of the cleanest looking laptops with a matte finish in the market right now. Although there’s some flex on the keyboard and screen, it’s not going to fall apart unless you try to drop-test it. It has a full-size keyboard along with a touchpad at the bottom and speakers at the top. The keys are a little bit on the stiffer side but it will remind you a lot about the MacBook keyboard. Coming at around 2.4Kgs it’s not the lightest among its competitors.

Keyboard-The keyboard on the HP Victus is decent enough for doing all your work along with gaming but not at par with other gaming laptops that have more tactility and feedback. Keys will remind you a lot about the MacBook keys but it lacks the MacBook quality. It comes in a full-size backlit keyboard along with numeric pads for easy accessibility.

Touchpad-The touchpad comes with windows precision support but lacks the dedicated left and right clicks, rather the whole touchpad acts like one button. It’s fairly precise and large enough for gaming laptops giving good clicks with consistency and an audible click sound.

The performance on this device is pretty good. The chassis is properly cooled and is able to handle the powerful hardware inside.

Intel’s 11th-gen Tiger Lake and AMD’s Ryzen 5000 are very closely matched for general use, but AMD’s Ryzen 5000U has a slight edge when it comes to video editing though is very subtle.

The highest spec version with the RTX 3060 graphics comes with the option of an Intel/AMD processor which is a good sign for things to come.

The speakers are decent enough for a gaming laptop. Powered by B&O(Bang & Olufsen) it’s quite OK for conferences and watching movies. We still recommend a headset while gaming because the sound from fans might interfere with the sounds coming from the speakers.

HP Victus comes with a 4-cell, 70 Wh Li-ion polymer battery pack and HP promises an average battery back up of upto 5 hours and 45 minutes. It also supports fast charging with a 50% charge in under 30 minutes. The laptops come with upto a 200 W Smart AC power adapter depending on the model. 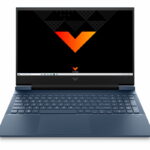